Spectral imaging of a Genesis scroll

A major lead gift from the Leon Levy Foundation has enabled the IAA to embark on this unique project. Substantial funding has also been provided by the Arcadia Fund. The Yad Hanadiv foundation, the project's constant supporters, granted the initial contribution. The project uses the most advanced and innovative technologies available to image the entire collection of about 930 manuscripts, comprising thousands of Dead Sea Scrolls fragments, in high-resolution and multiple spectra. Through this process, hundreds of images are now accessible to anyone, anywhere in the world over the Internet, with many thousands more on the way.

“ We have succeeded in recruiting the best minds and technological means to preserve this unrivalled cultural heritage treasure which belongs to all of us, so that the public with a touch of the screen will be able to freely access history in its fullest glamour. ”

The IAA is collaborating with Google to upload all of the digitized Scrolls images online, enabling users to explore the manuscripts and their contents in a number of languages and formats. Ultimately, the images will be accompanied by meta-data including transcriptions, translations and detailed bibliography.

The imaging technology used in this project is an innovative MegaVision product that enables the digital imaging of every Scroll fragment in various wavelengths and in the highest resolution possible. This will allow long term monitoring for preservation purposes in a non-invasive and precise manner. The images are equal in quality to the actual physical Imaging a plate in three visible wavelengths in the IAA studio viewing of the Scrolls, thus eliminating the need for their repeated exposure and allowing their preservation for future generations. The technology also helps recover traces of writing that have faded to invisibility over the years, with the help of near-infrared wavelengths. 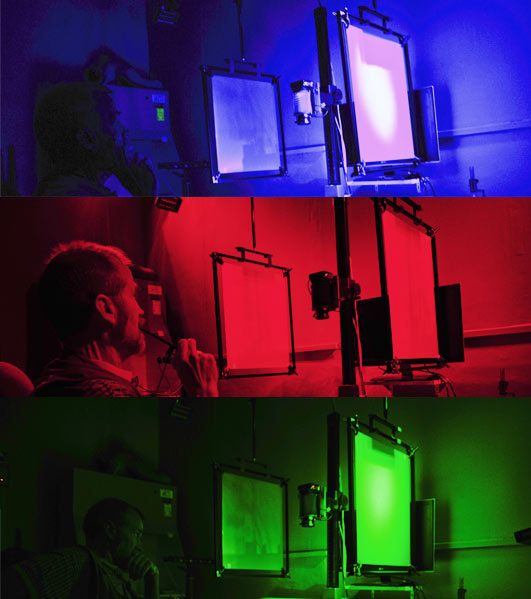